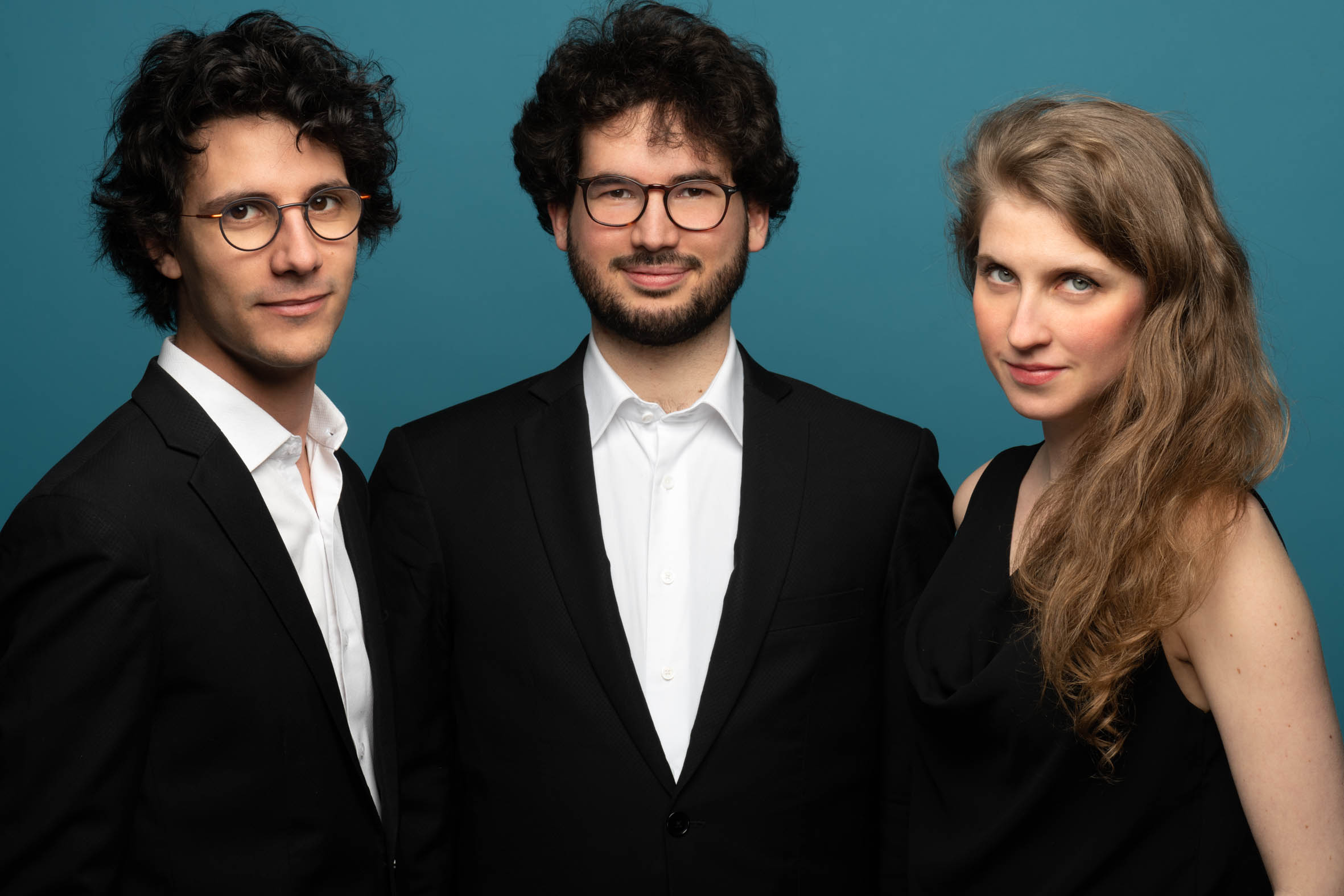 Since its creation in 2019 in Geneva, the Trio Ernest has been performing on a regular basis throughout Europe. The Franco-Swiss ensemble has been appointed ensemble in residence at the Queen Elisabeth musical Chapel, at ProQuartet, at the European Chamber Music Academy and at the”Le Dimore del Quartetto” program. It has won many international awards, among them the Pro Musicis International Award (Paris), the first prize in the Verao Classico Chamber Music Award (Lisbon), the Orpheus Chamber Music Competition (Zürich) or the Chamber Music Award in the ISA Festival (Vienna). The trio is a laureate of the Villecroze Academy and completed a Master’s degree in the Hochschule der Künste Bern in the class of Patrick Jüdt.

Taking a modern and committed look at classical music, the three musicians never cease to renew their relationship to the repertoire by discovering little-known masterpieces, and regularly commissioning new pieces or arrangements for their formation. They received the Christian Zeller Award for their interpretation of the Trio by romantic composer Amanda Maier, created in 2020 the Trio by Carlos Roque Alsina, and are at the origin of arrangements of pieces by Bartók, Brahms, Gonzaga, or Ravel for piano trio. They also perform Franck’s Grand Trio CFF 108 for the Complete Chamber Music recordings of the composer by the Outhere label (Diapason d’Or). Their next recording project will be released in 2024 by the Aparté label. The trio will honour their favourite composer, Joseph Haydn, in a musical tribute full of surprises.

The media receive these various appearances with great enthusiasm: [TTT] “A beautiful journey” – Télérama Sortir, “A young and fast-growing formation” – RTS Culture, “The Swiss musicians of the Trio Ernest are making waves on the Geneva Lake” – Clément Rochefort, France Musique, “The youthful spirit of Trio Ernest from Geneva” – Thierry Hillériteau, Le Figaro , “The trio shares a strong bond which was palpable during the performance: the musicians were glad to be onstage, sharing their music wis a captivated audience” – Julien Lucas, La Presse de la Manche, etc.

This biography is not to be altered without the authorisation of the Trio Ernest.